The long-term goal of our laboratory is to develop efficient non-viral vectors for intracellular delivery of nucleic acids. Our focus is on two main research areas: 1. to understand cellular trafficking of nanoparticles in-vivo and develop approaches to overcome endosomal barriers; 2. to develop messenger (mRNA)-based gene therapy for the treatment of cystic fibrosis, eye disorders and infectious diseases​.

Intracellular delivery of messenger RNA (mRNA) boasts of rapid genetic transfer in recalcitrant cell populations and averts undesirable genomic integration. Lipid based nanoparticles (LNPs) are clinically approved delivery technology for delivery of nucleic acids. LNPs enter cells through highly dynamic endocytic pathways that are routed towards lysosomes for degradation. Endosomal sequestration of LNPs remains a formidable barrier for the delivery of nucleic acids to the cytosol. In studies with siRNA, even the most potent LNPs enable a mere <2% release of nucleic acid to its cytosolic target. The goal of this project is 1) Determine the gateways of cellular entry and endosomal escape of nanoparticles 2) Identify novel bioactive lipids that improve endosomal escape from productive endocytic compartments. We have shown that lysosome, once considered a dead-degradative organelle; controls spatiotemporal cell signaling that is essential for mRNA delivery. and identified bioactive lipids that breach endosomal barriers to boost intracellular delivery of modified mRNA. In another study, we found bioactive lipids that enhance LNP mediated gene transfection and have a polymorphic structure. We are understanding the overall structure of nanoparticles and their internal networks will enable new designs that lead to the improved subcellular release of genetic materials. This work is support through the NIBIB-1R15EB021581-01A (G.S). 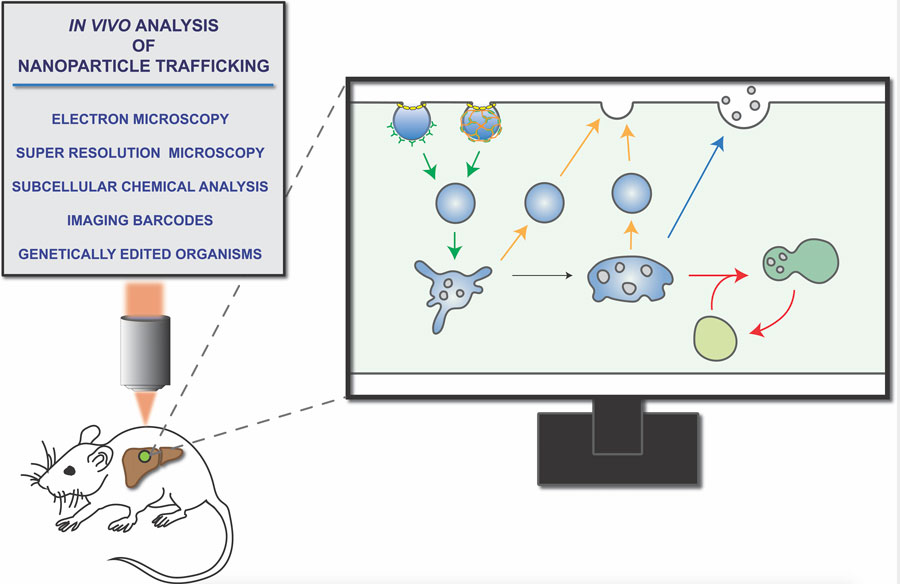 Inhalable nanotherapeutics for gene delivery and treatment of cystic fibrosis

Cystic fibrosis (CF) is conferred by any of ≥1200 known mutations in the gene encoding the CFTR, an ion transporter protein, but in principle, a single gene therapy agent that delivers expression of functional CFTR could treat. Prior attempts to do so have used adeno-associated viral or liposomal delivery systems to deliver CFTR DNA but failed to produce consistent, impactful improvement of patient outcomes. LNPs are advantageous gene delivery agents because they are easy to generate, non-toxic, easy to scale and can deliver genes of any size. LNPs delivered CFTR mRNA, successfully restored up to 55% of normal CFTR-mediated chloride efflux in the nasal epithelium of CFTR-deficient mice). The long-term goal of this project is to overcome 1) the thick, sticky airway/lung epithelial mucus of CF that impedes gene carriers from reaching airway cells, and 2) inadequate cytosolic bioavailability of genetic material after uptake by cells, due to endosomal entrapment. There is urgent need to develop nanoparticles stable enough to cross CF mucus and reach airway cells, yet labile enough to facilitate endosomal escape of genetic material following cellular uptake. Based on our fundamental studies through modifications of LNPs’ core structure, we can enable disassembly and endosomal escape while maintaining a mucoinert surface. We will test LNPs ability to cross human CF sputum and deliver CFTR mRNA in CF state of the art mice models, and assess safety of sustained transmucosal transfection of CFTR mRNA via repeated aerosolization in CF rats, including toxicological analyses. These studies will significantly advance translational therapy, enabling long-term restoration of CFTR function to halt or reverse CF disease progression. This work is supported by NHLBI 1R01HL146736-01 (G.S) and Cystic Fibrosis Foundation (G.S) and is with collaboration with Dr. Kevin McDonald, a clinical CF specialist. 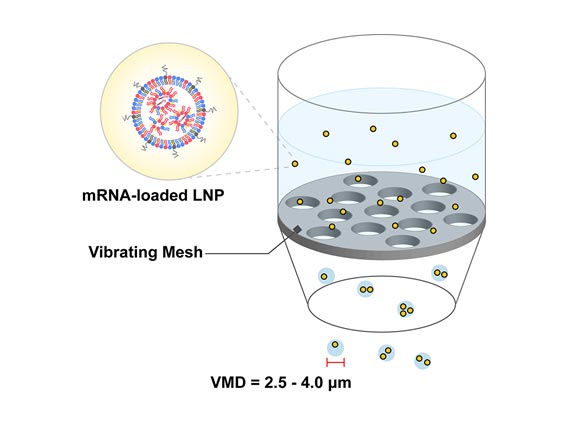 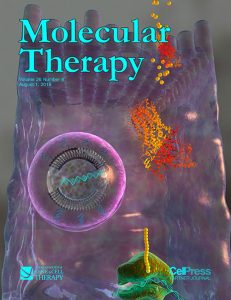 Nanomedicine based gene delivery to the eye

There are an estimated 100 million people around the world with advanced glaucoma, atrophic macular degeneration, advanced diabetic retinopathy and monogenic retinal degenerations. Each of these diseases results in the atrophy of retinal cells, which cannot regenerate. To treat a broad range of retinal disorders, non-viral vectors should 1) transduce degenerating retina using a less invasive injection technique that can be repeated throughout the patient’s life and 2) deliver genes of any size. We have shown that LNPs can deliver mRNA to the back of the eye after subretinal injections. We are engineering nanoparticles with various size and stability that can overcome barriers of the vitreous and traduce different regions of the retina in various animal models, including non-human primates. This work is being performed in collaboration with Dr. Mark Pennesi, a clinician with specialization in retinal degeneration and Drs. Trevor McGill and Martha Neuringer, experts in non-human primate eye biology. This work is supported through the Medical Research Foundation of Oregon (G.S).

mRNA based therapeutics for treatment of COVID-19

Severe acute respiratory syndrome coronavirus 2 (SARS-CoV-2) enters through the airways and infects the lungs, causing lethal pulmonary damage in vulnerable patients. This virus contains spike proteins on its envelope that binds to human angiotensin-converting enzyme 2 (hACE2) expressed on the surface of airway cells, enabling entry of the virus for causing infection. In severe cases, the virus enters the circulatory system, contributing to multiorgan failure. Soluble form of hACE2 binds to SARS-CoV-2 spike protein and prevents viral entry into target cells. Moreover, soluble recombinant ACE2 ameliorates lung injury but its short half-life limits its therapeutic utility. Here, we engineered synthetic mRNA to encode a soluble form of hACE2 (hsACE2) to prevent viral infection. Novel lipid nanoparticles (LNPs) were used to package mRNA and transfect mammalian cells for enhanced production of secreted proteins. Intravenously administered LNP led to hepatic delivery of the mRNA. This elicited secretion of hsACE2 into the blood circulation within 2 h, and levels of circulating hsACE2 peaked at 6 h and gradually decreased over several days. Since the primary site of entry and pathogenesis for SARS-CoV-2 is the lungs, we instilled LNPs into the lungs and were able to detect hsACE2 in the bronchoalveolar lavage fluid within 24 h and lasted for 48 h. Through co-immunoprecipitation, we found that mRNAgenerated hsACE2 was able to bind with the receptor binding domain of the SARSCoV-2 spike protein. Furthermore, hsACE2 was able to strongly inhibit (over 90%) SARS-CoV-2 pseudovirus infection. Our proof of principle study shows that mRNA-based nanotherapeutics can be potentially deployed for pulmonary and extrapulmonary neutralization of SARS-CoV-2 and open new treatment opportunities for COVID-19.